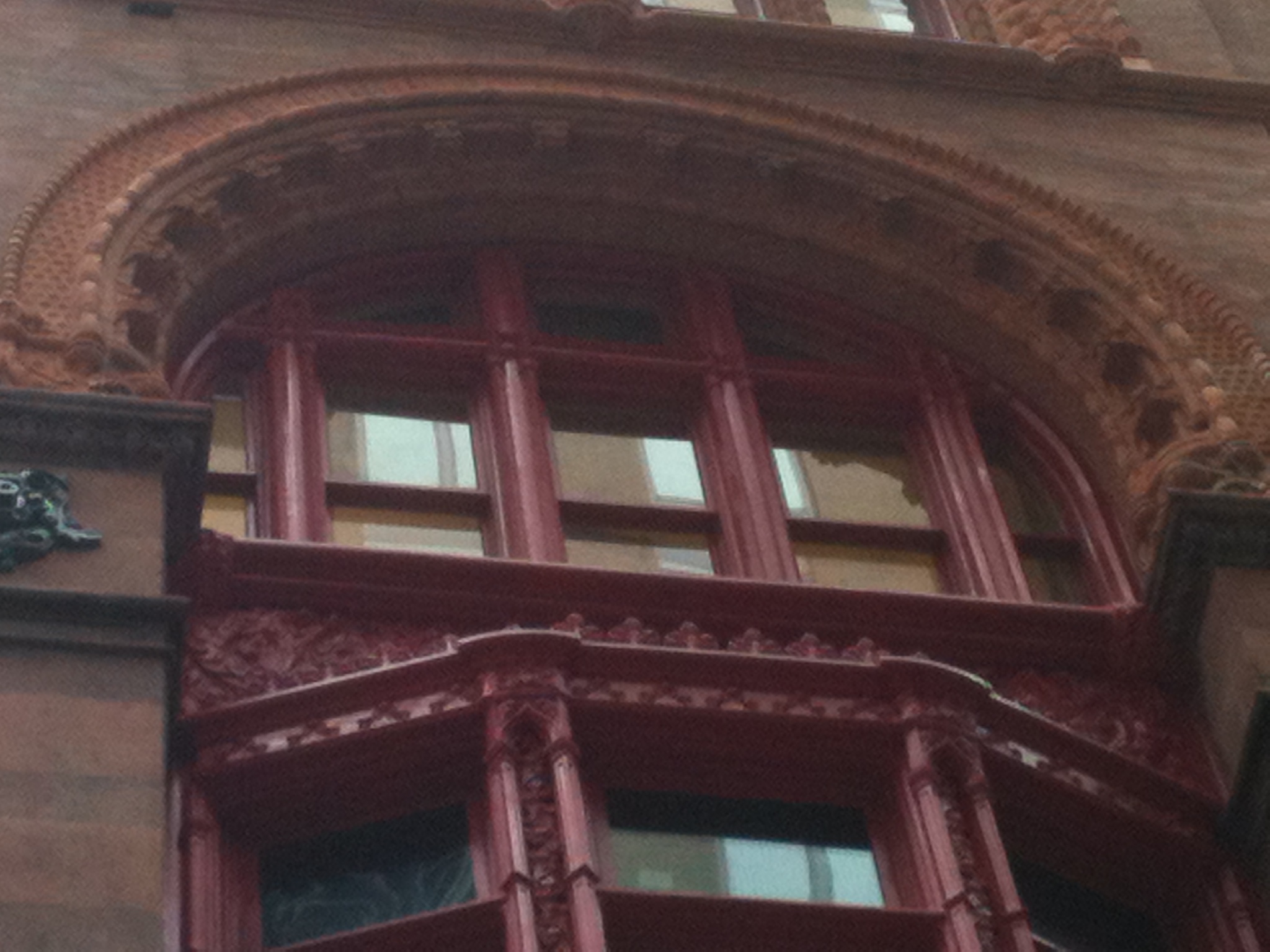 Petrillo Stone fabricated and installed stone for the facade of the Corbin Building including a carved sandstone arch. The Corbin Building is a historical Romanesque Revival tower built in 1888-1889 in Manhattan, New York. Designed by Francis Hatch Kimball it was built as an office tower and became an early example of what would become the skyscraper. This architectural and historical value is what saved the building when the MTA began development of the Fulton Street Transit Center in 2003. Read more about the overall project at the New York Times. The transformation is quite stunning as all the restoration has brought back the colorful aspects of the structure. View our photos to the left but also take a look at the set collected by curbed.com.