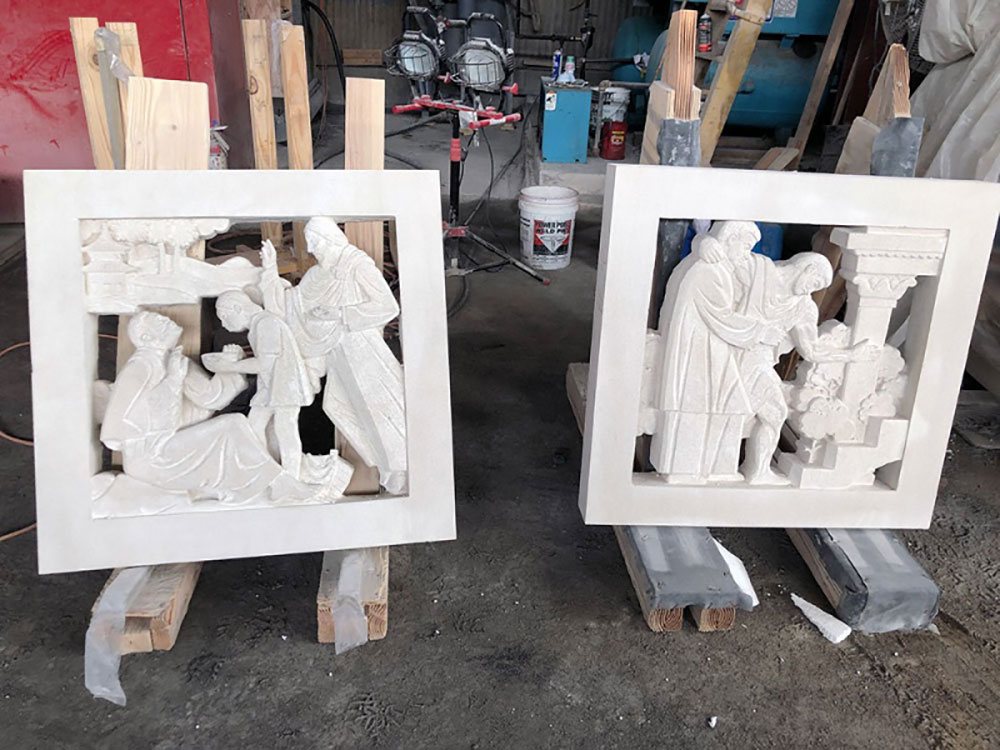 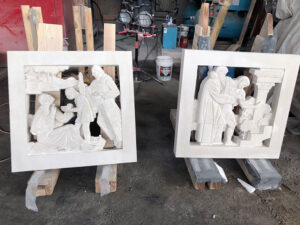 Our team at Petrillo Stone used Indiana Limestone to create 14 carvings in Shrub Oak, NY. The carvings depicting the life of Ignatius Loyola. We were able to use the original molds from the 1950s.

Ignatius Loyola was known as a Spanish Priest who co-founded the Society of Jesus (the Jesuits). He was born in 1491 to a family of small nobility and was one of the 13 children.

Ignatius Loyola was injured during a battle with the French at the age of 30. During recovery, Ignatius began reading about Jesus and the Saints which inspired him. He saw this as a sign from God about the path he should take in life.

Throughout the remainder of his life, he was renowned as an expert in spiritual direction. This led him to find the Jesuits, a group he viewed as “contemplatives in action” 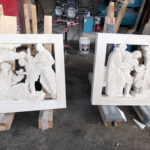 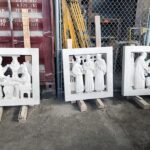 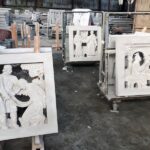 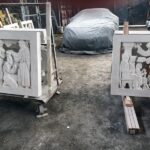 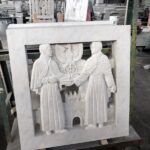 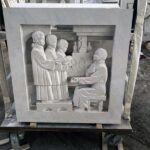 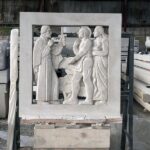 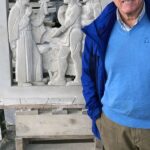